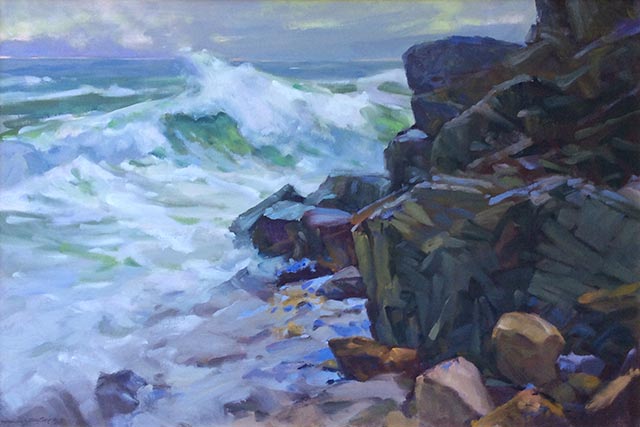 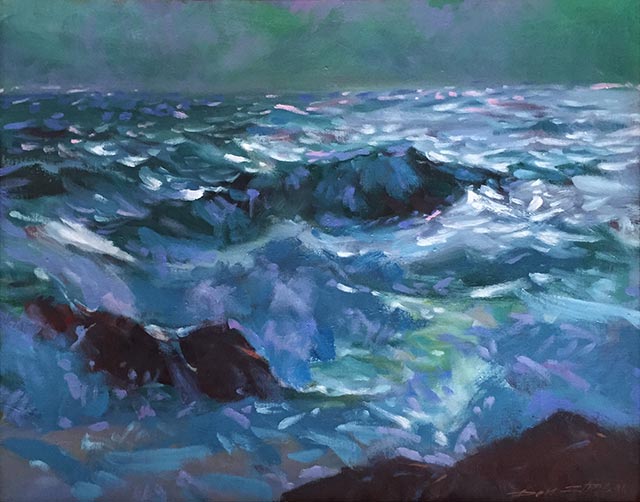 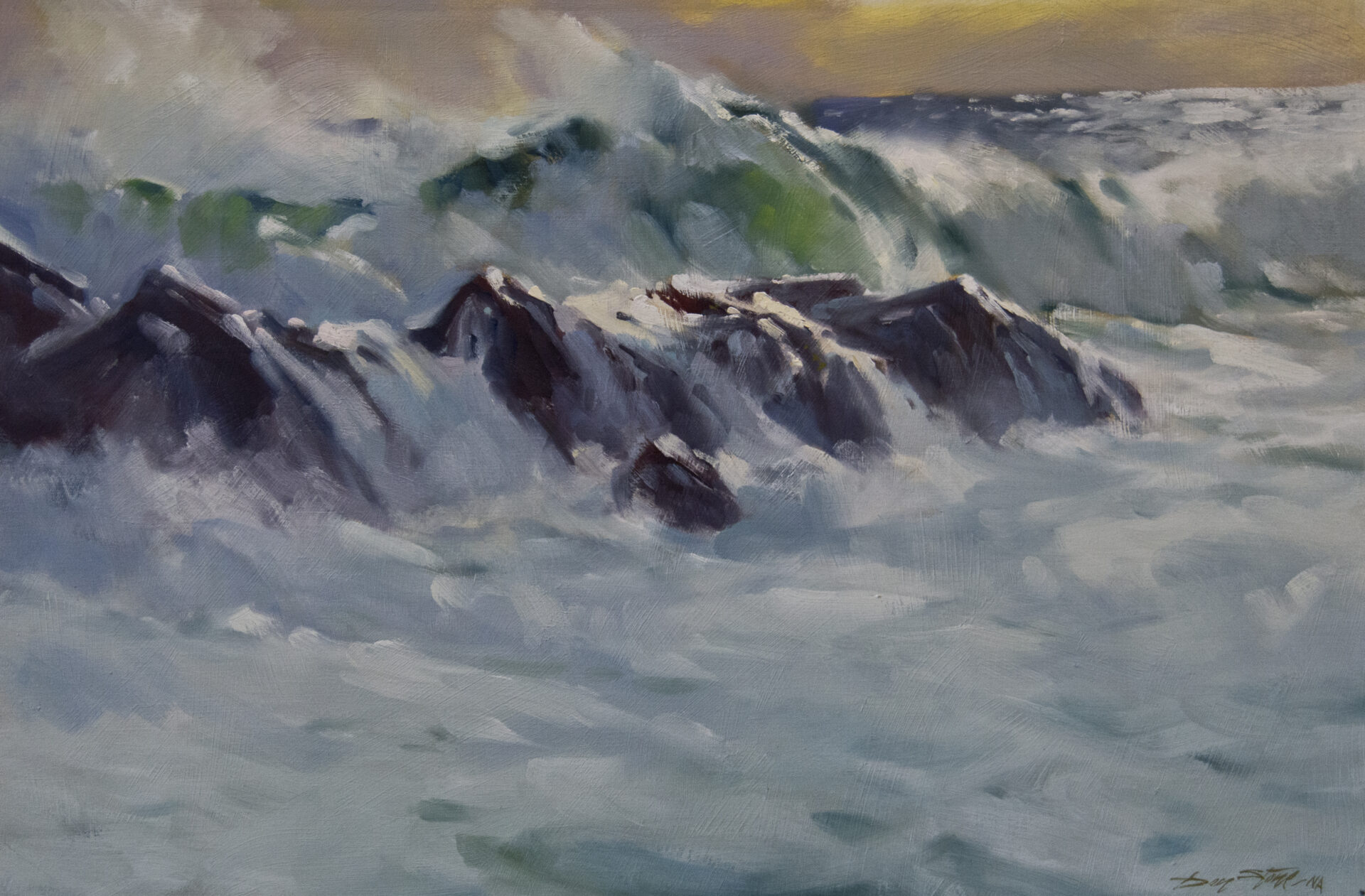 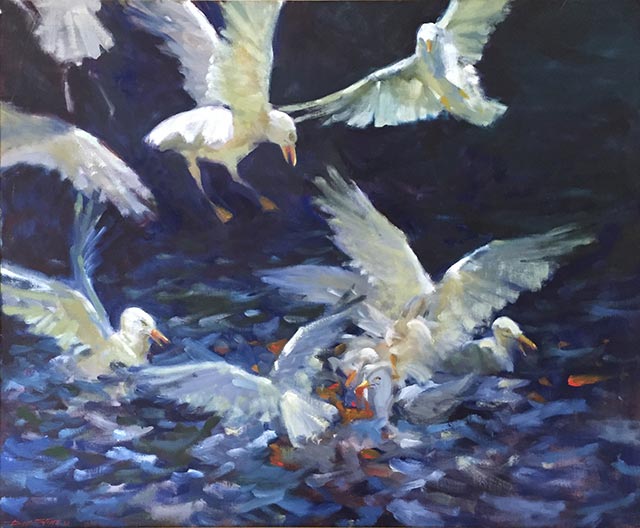 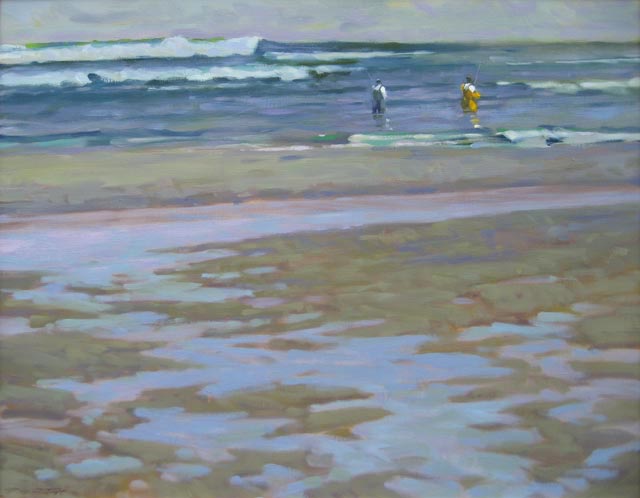 Don Stone (b. 1929) is an internationally known modern impressionist painter known for his marine and landscape paintings. After Stone graduated high school, he was drafted into the Navy. While there, he painted portraits of the ship's officers. After returning from the Navy, Stone taught at Vesper George and the New England School of Art. He was also a part-time commercial artist and cartoonist at the Boston Post and Lowell Sun. It wasn't until the 1950's that Stone realized he wanted to be a fine artist. Inspired by a painting trip in Monhegan Island, ME, with a fellow artist, Paul Strisik, Stone spent the rest of his life painting Monhegan and the residents who lived there.