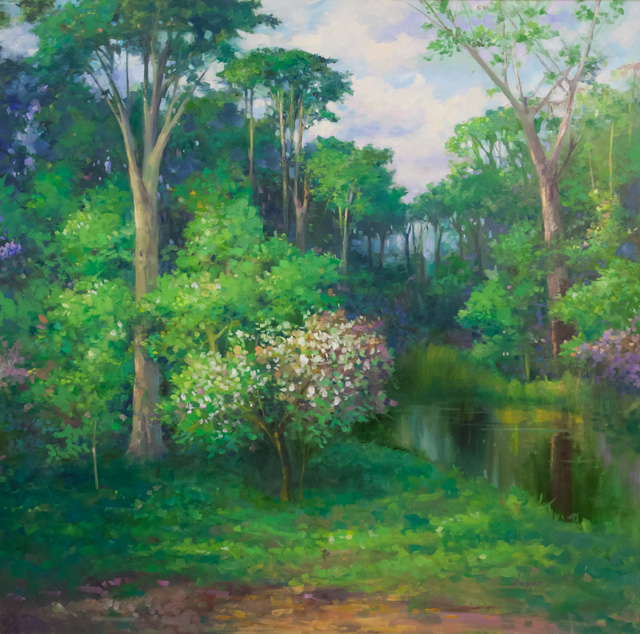 Along the River (WH) 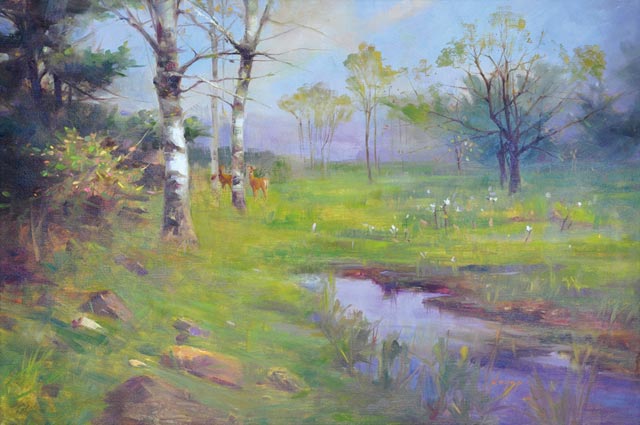 Among the Birches (WH) 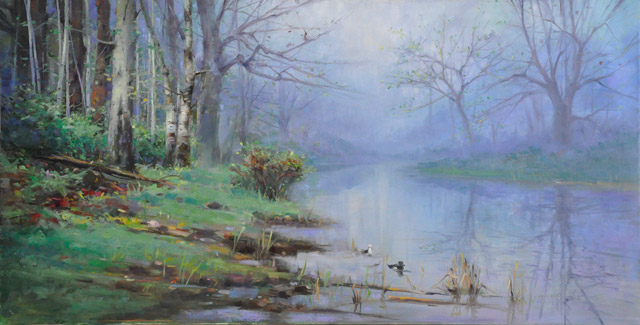 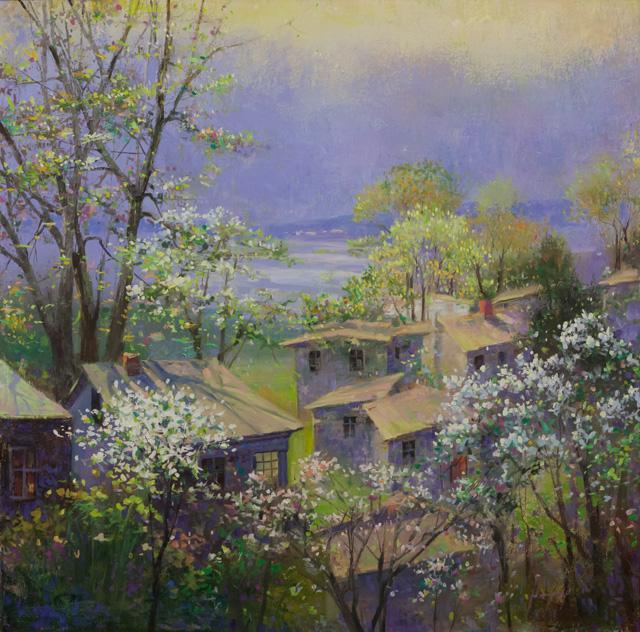 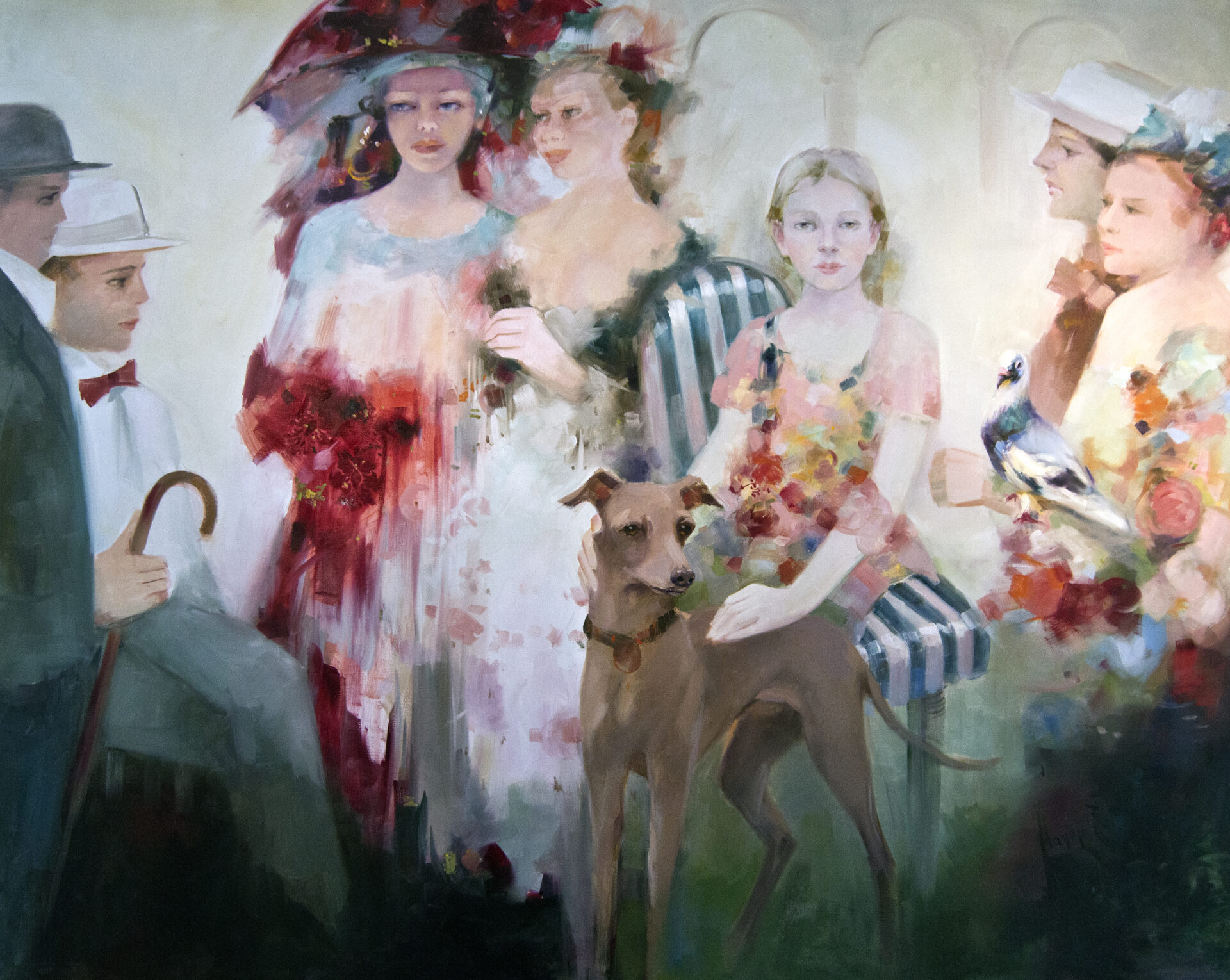 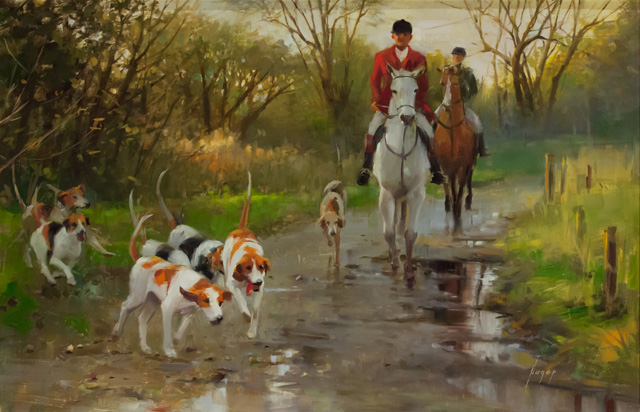 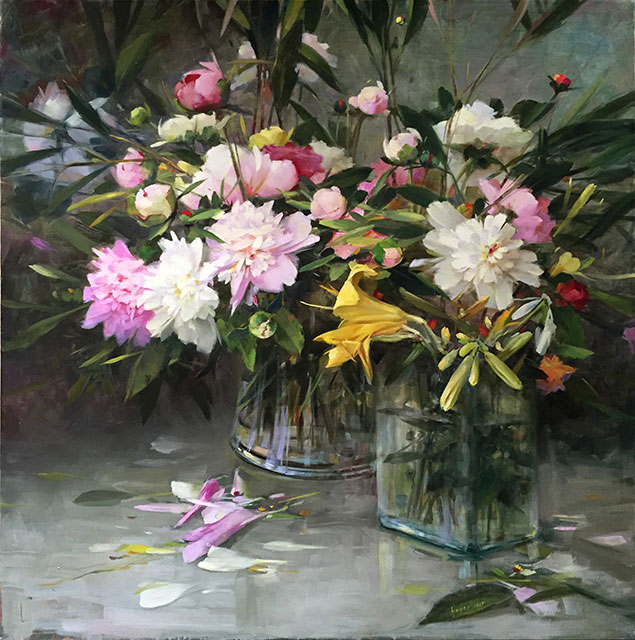 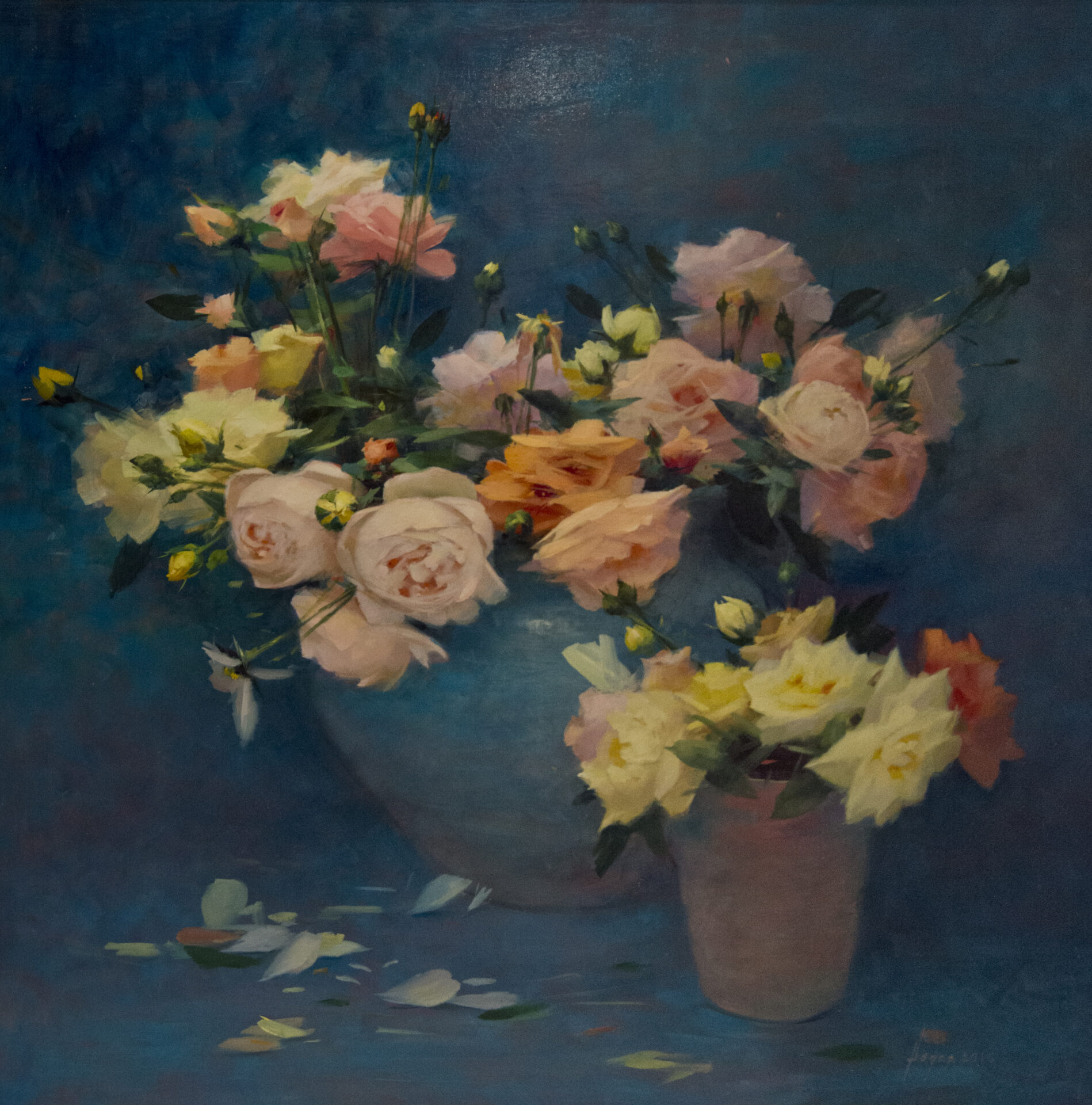 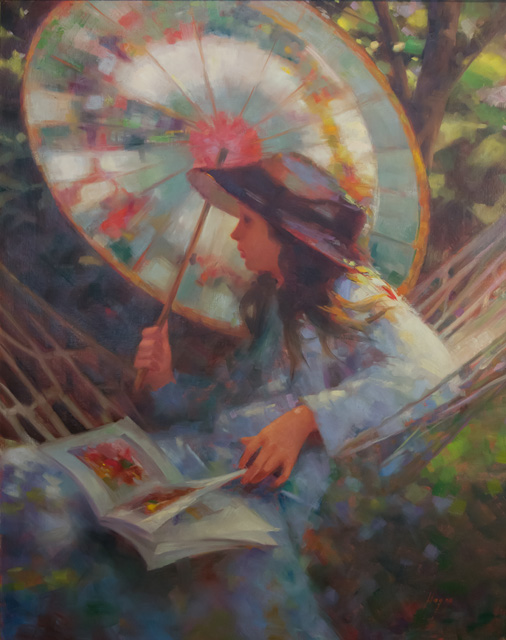 Under the Umbrella (MKE) 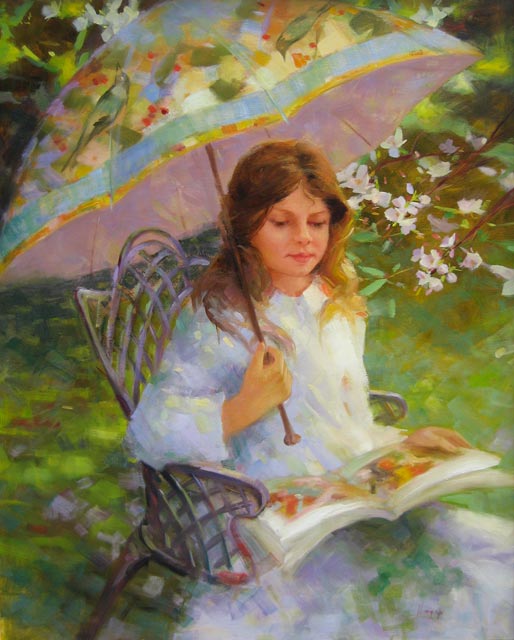 Under the Umbrella (WH) 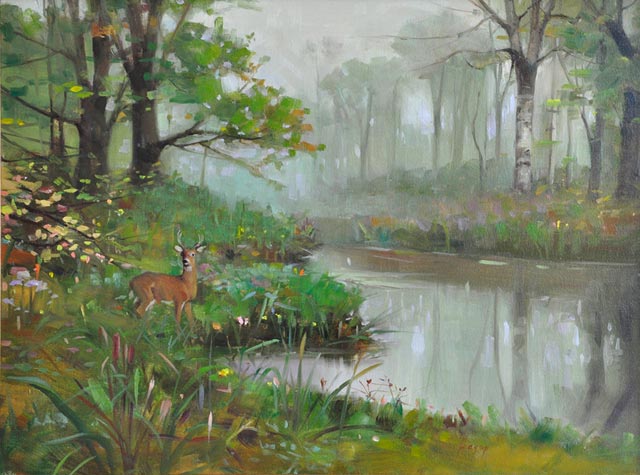 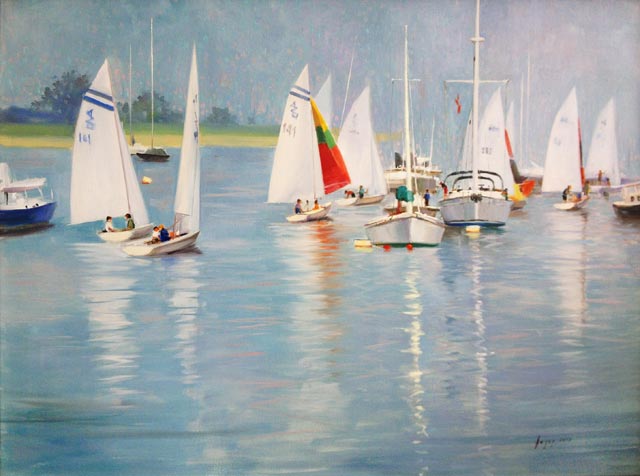 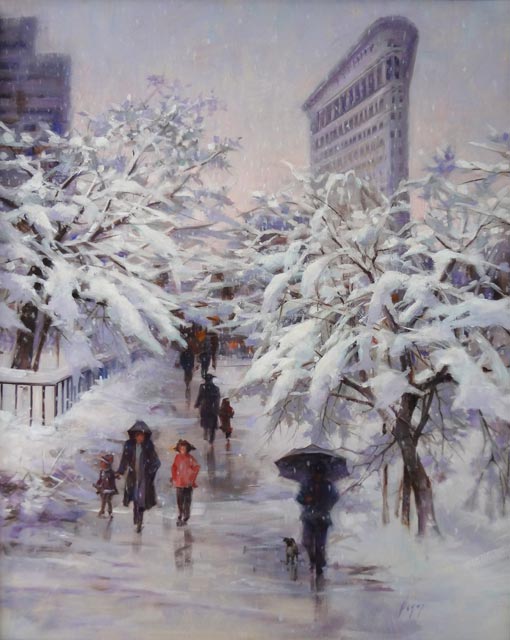 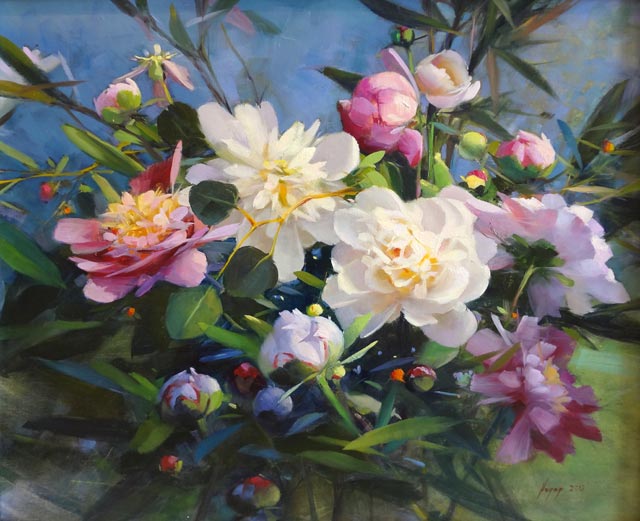 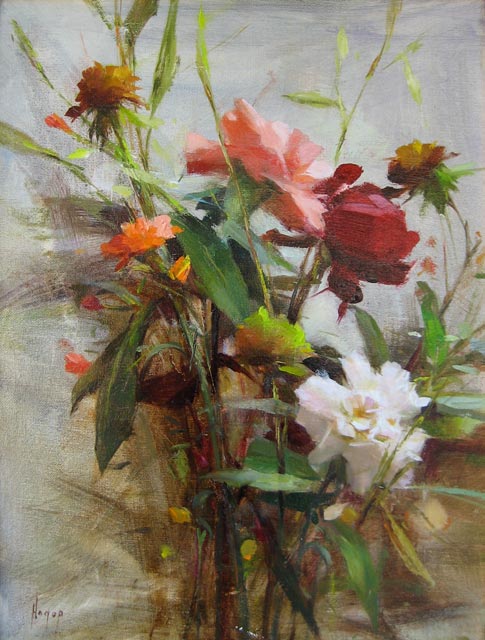 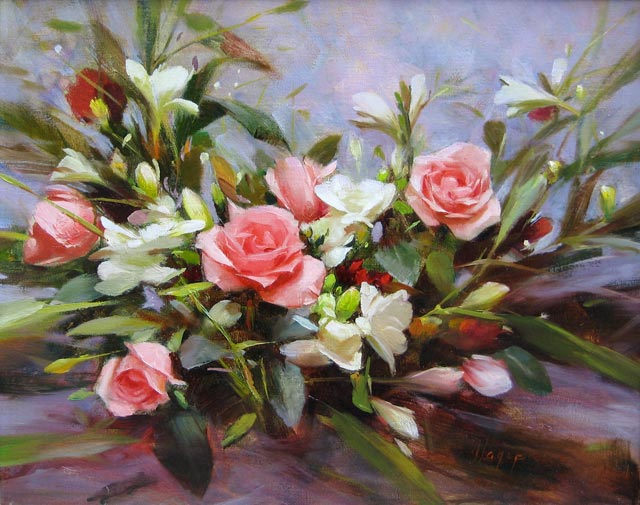 Hagop Keledjian was born in Yerevan, Armenia, where his vocation as a painter affirmed itself at the young age of twelve, as he entered the School of Painting for Young Artists. Upon graduation from college, Keledjian was accepted into the Aprahamian Art Studio, where he learned his technique. Aprahamian was the master of European realism and a follower of Velazquez. Studies with him involved working exclusively from life, at first using the conceptual and technical methods of the Spanish, Russian, and French impressionism. The emphasis of each period was on direct painting from life.

Keledjian, being free spirited and in search of his own artistic identity, found himself intellectually and morally in conflict with the academic and political pressures of communist society. In 1981, with his family, Keledjian immigrated to the U.S. and settled in Massachusetts. He continues to improve his education as an artist with the art studio of Richard Schmid in Vermont. One of his works is permanently exhibited at the Armenian Library and Museum of America in Massachusetts. The Boston merchants of Newbury Street have also mounted a bronze plaque on the street wall to honor Keledjian as a master painter. He continues to live and work in Waterton, Massachusetts.

Artist of the Week 28 | Hagop Keledjian