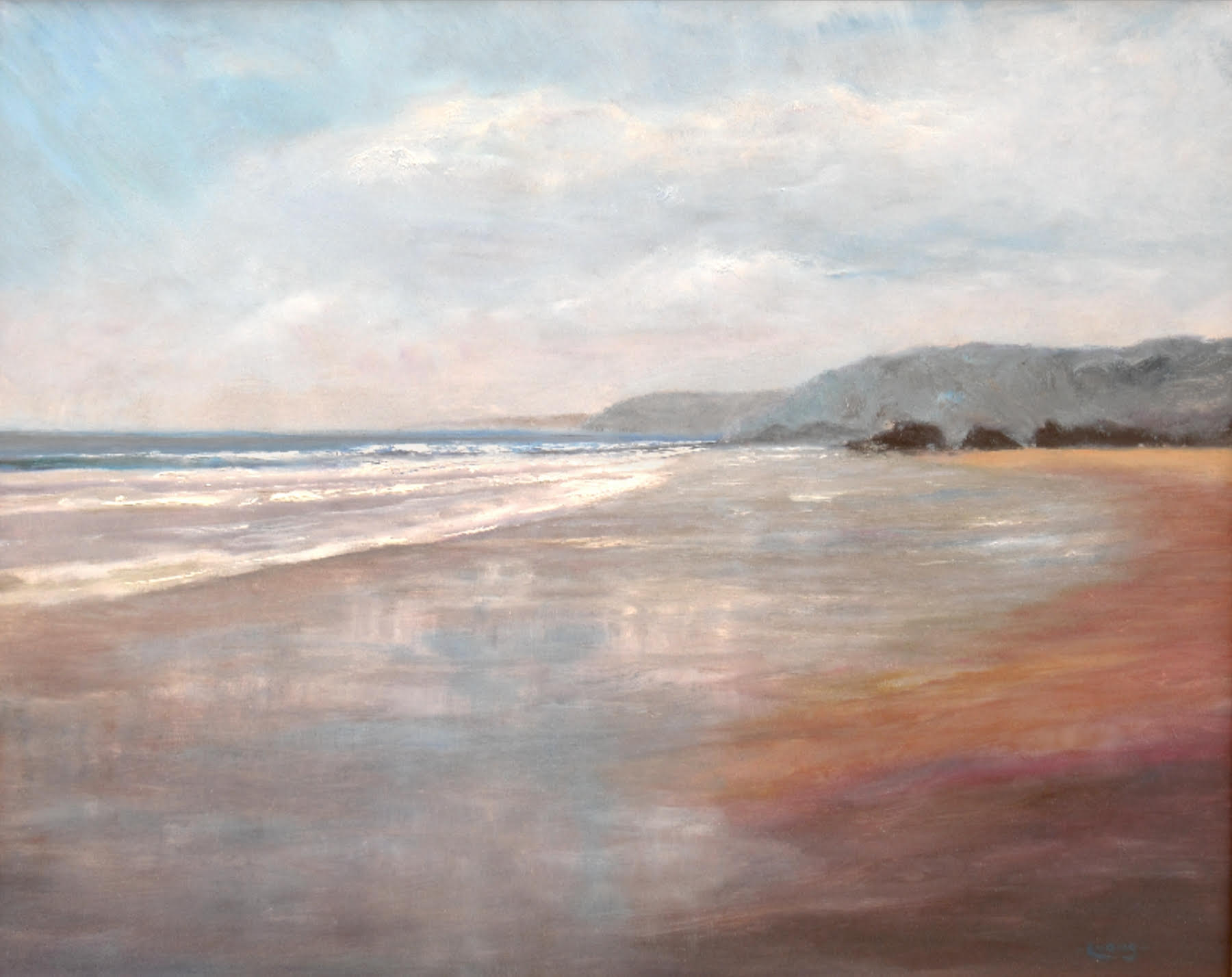 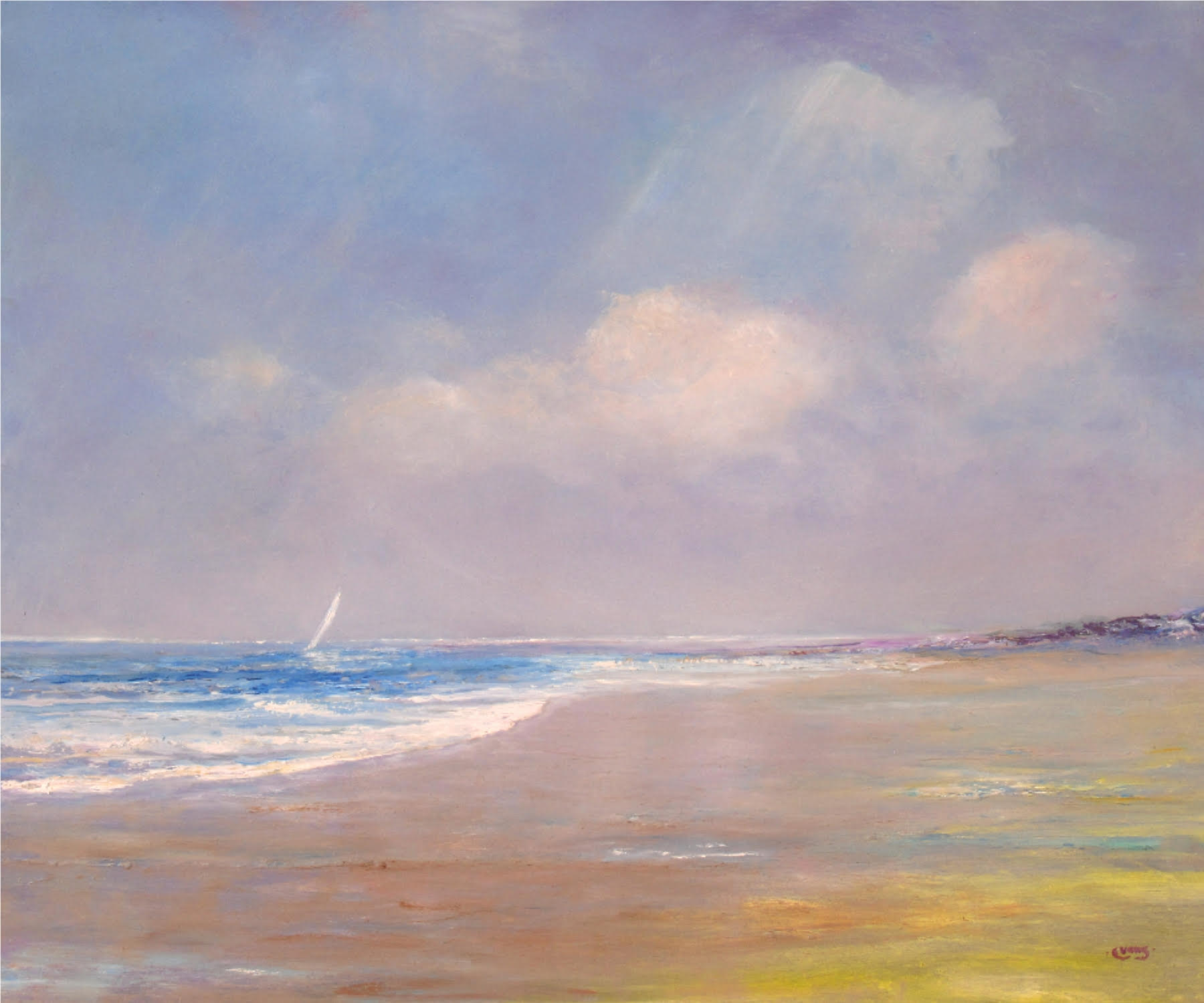 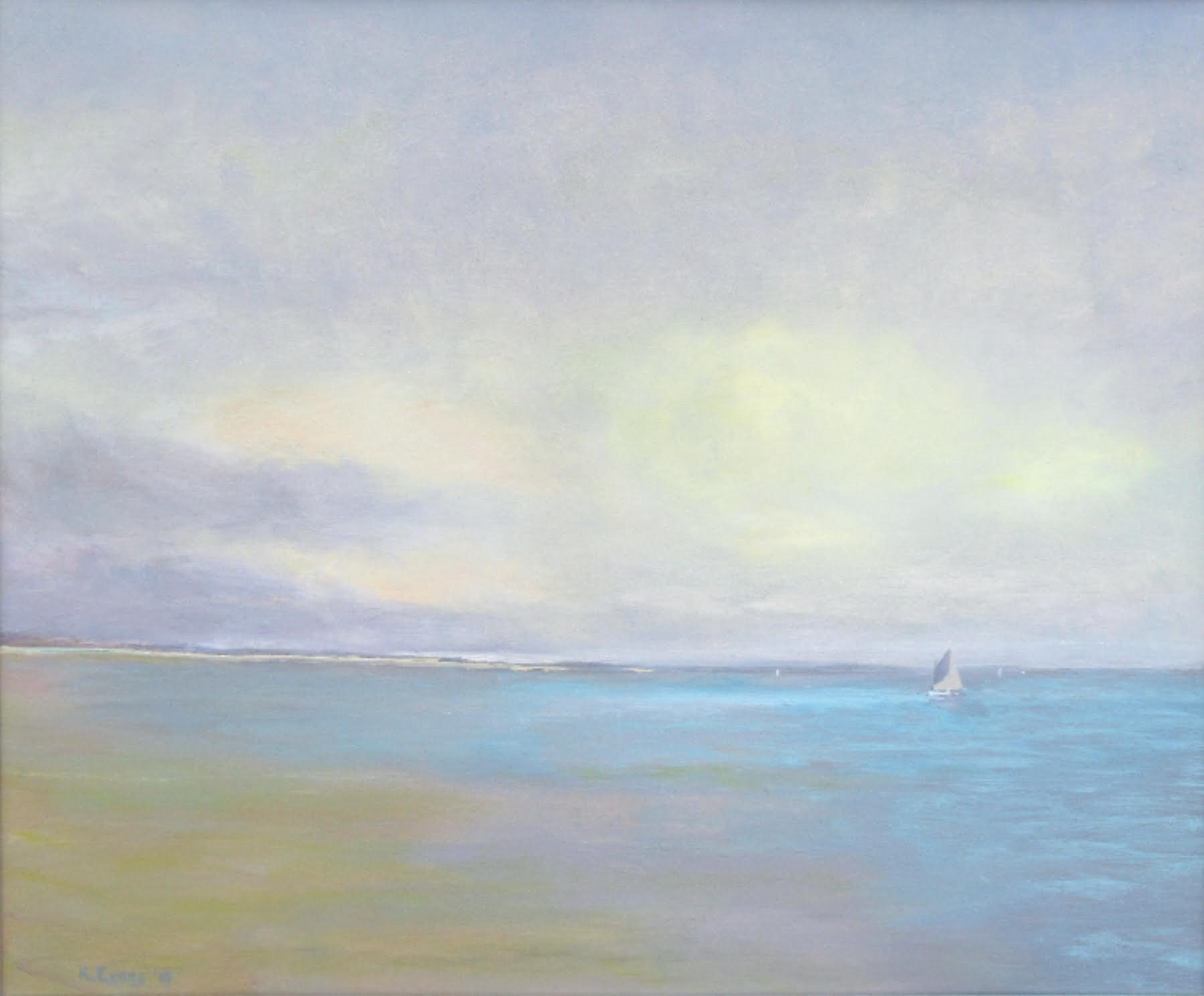 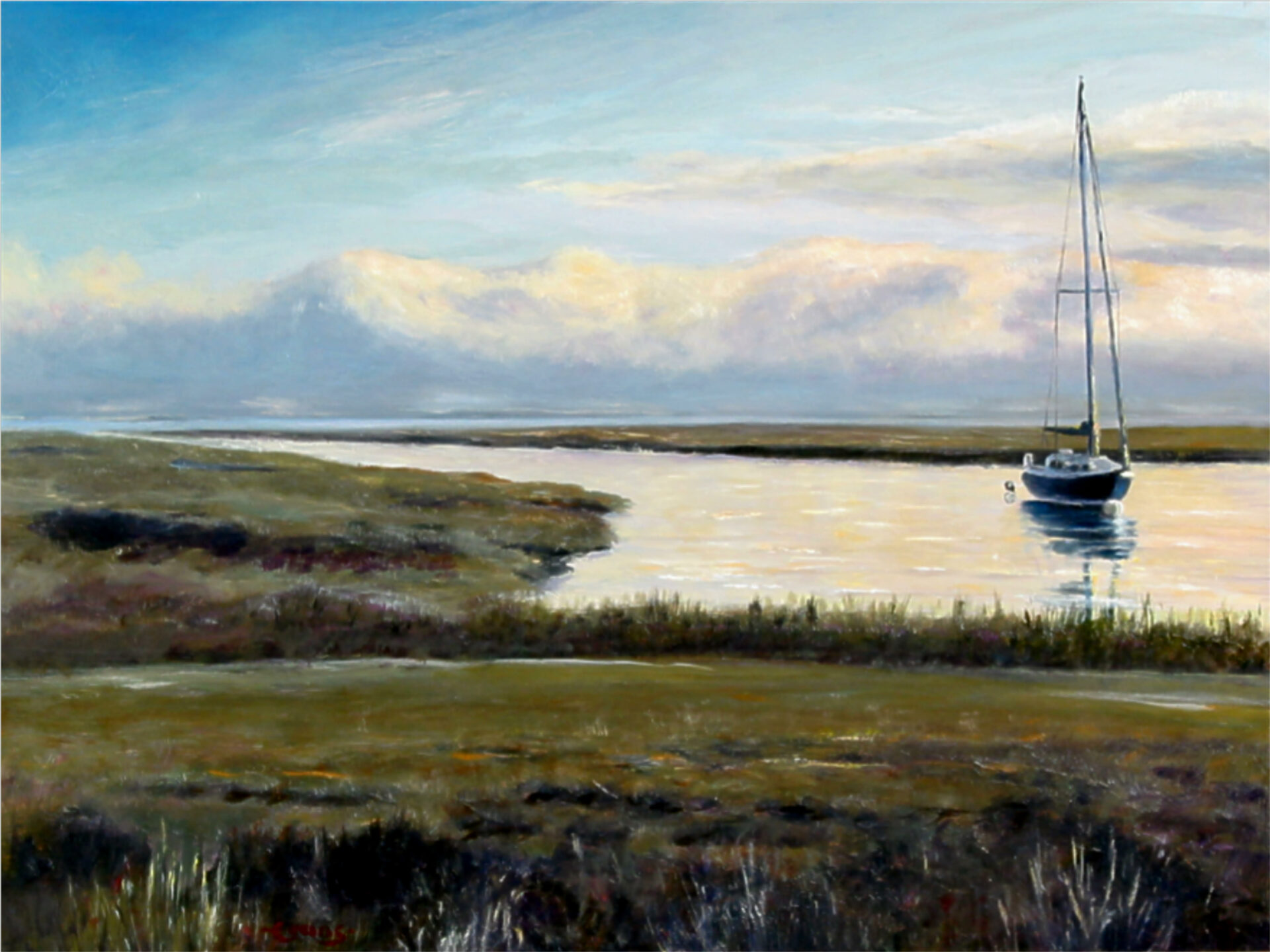 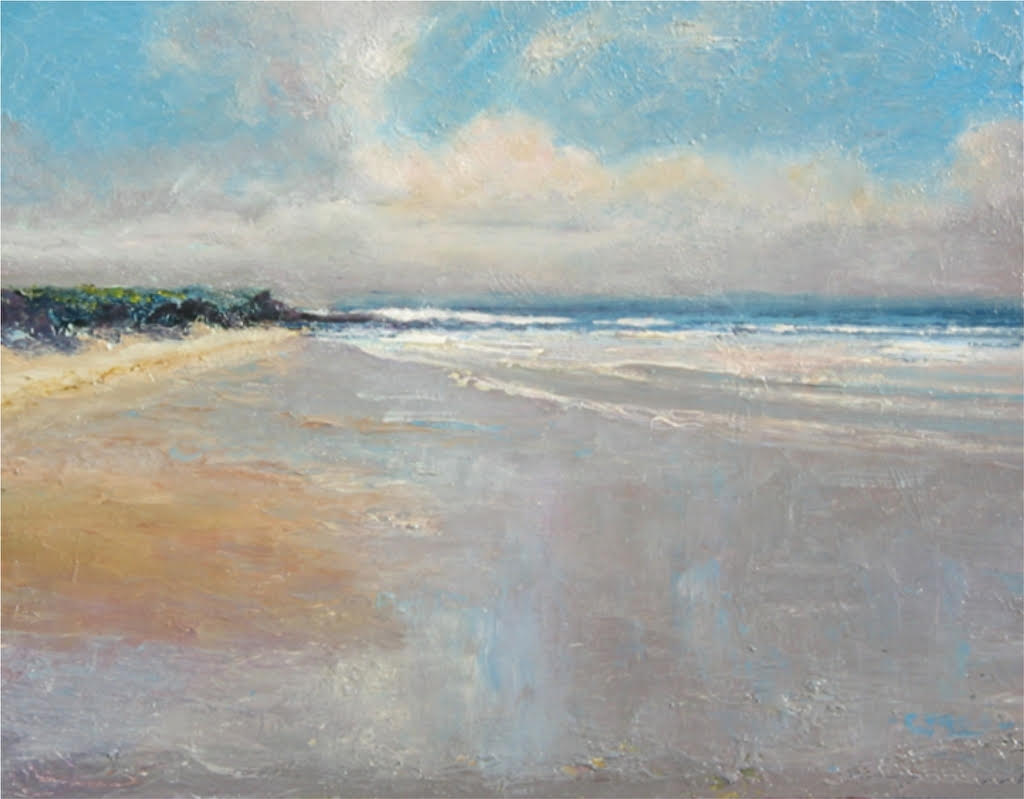 Kenneth Evans works in a contemporary form of Seascape, Coastal, and Marine themes from his home base on Cape Cod, Massachusetts. "I have a strong emotional response to the beauty of our coastal seas and lands. Through painting, I also have come to better understand how these sustain us and are so necessary to preserve." Much of this understanding becomes significant throughout his body of work. To achieve the artists's transcendent vision of a piece, which may have a "less is more" open and peaceful appearance, it often has taken many layers and various subtle techniques to achieve.

Born by the shore in Stamford, Connecticut, it was this proximity to New York City early on which afforded him the opportunity to study in the city's museums and to paint in its abundant art world, from abstract to his own version of realism, to now what is a semi-abstracted view of reality leaving much open to the viewer. He is inspired by Turner and Streeton in this respect, especially Turner's later years. He has a B.A. from the University of Connecticut which he achieved through three years of study, as well as a Doctorate, and has also studied painting privately for over a decade with several of the better known painters of these genres, including John Stobart of the Royal Academy.

Well recognized and award-winning, his work has sold nationally and internationally and has been written of and advertised in most major national art magazines, from Fine Art Connoisseur to American Art Review. He has had one-person shows or been featured most years since 1989 in places from Newport, Rhode Island, to Carmel, California. He taught painting at the Cape Museum of Art for many years, and, after a number of museums featured his work in exhibits, was recently given a one-person Cape Maritime Museum exhibition, where his painting "Building Belle" has been the entryway piece for the museum.