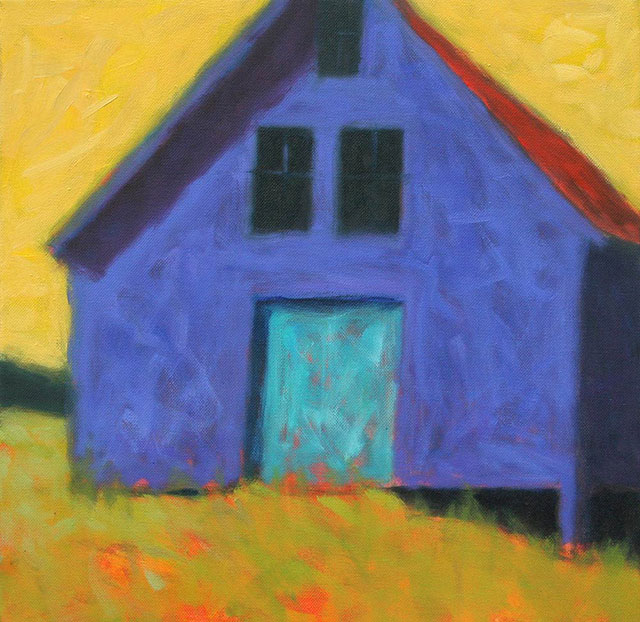 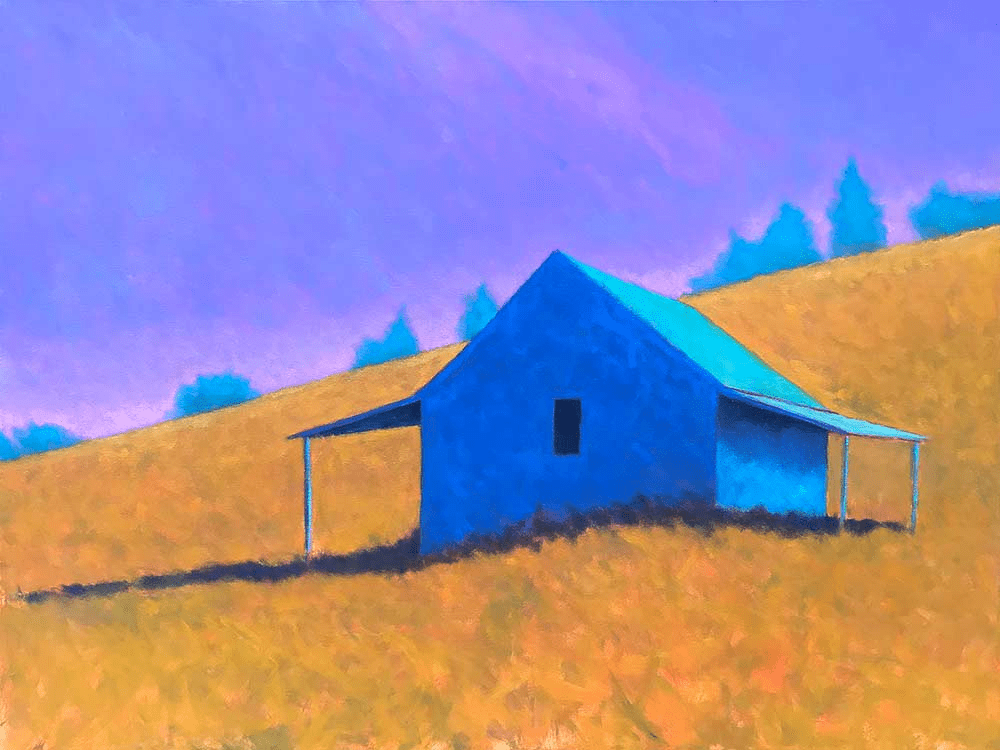 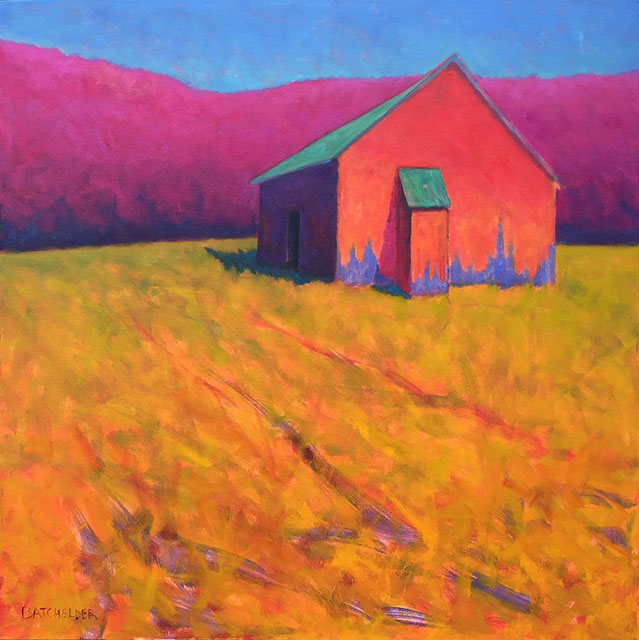 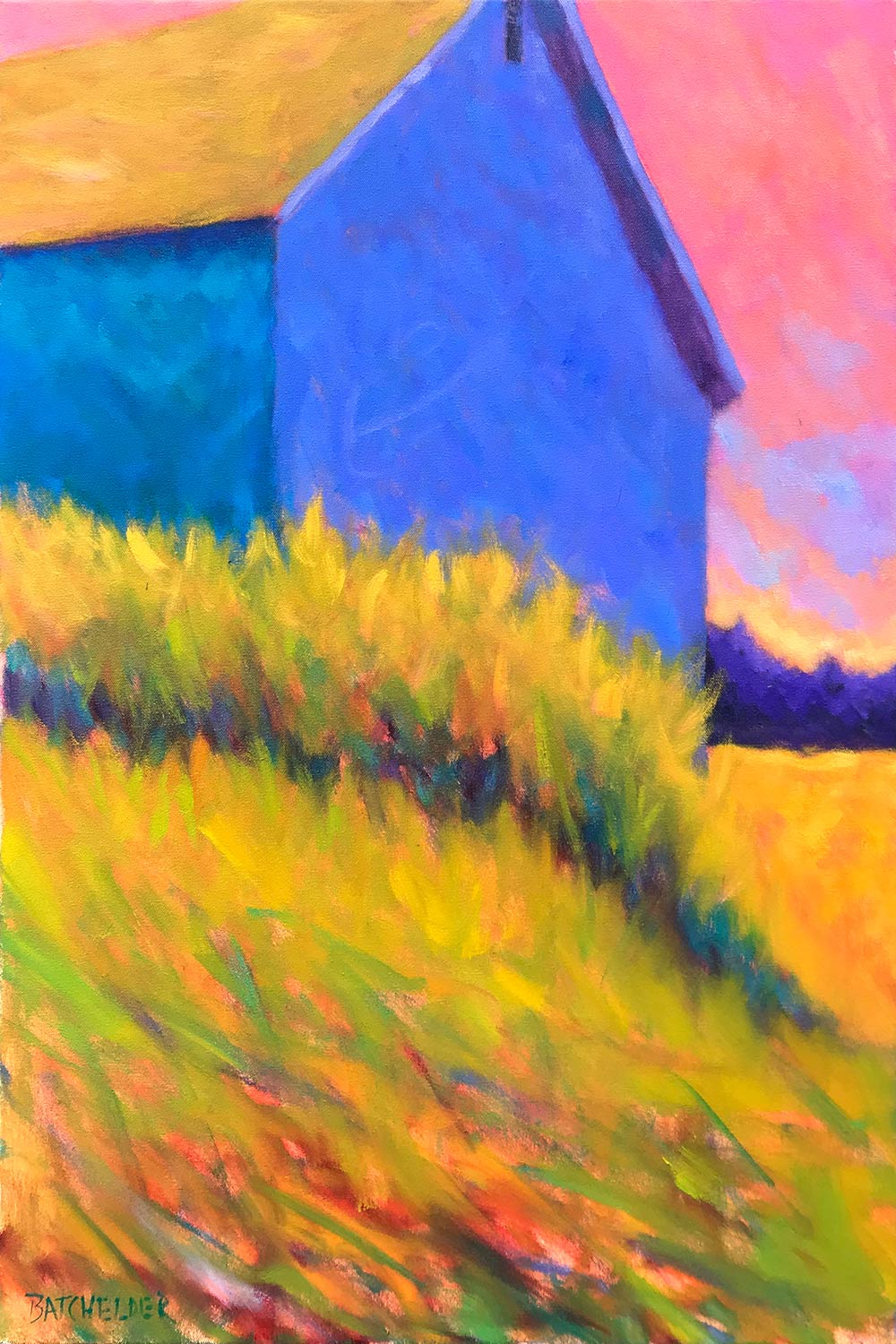 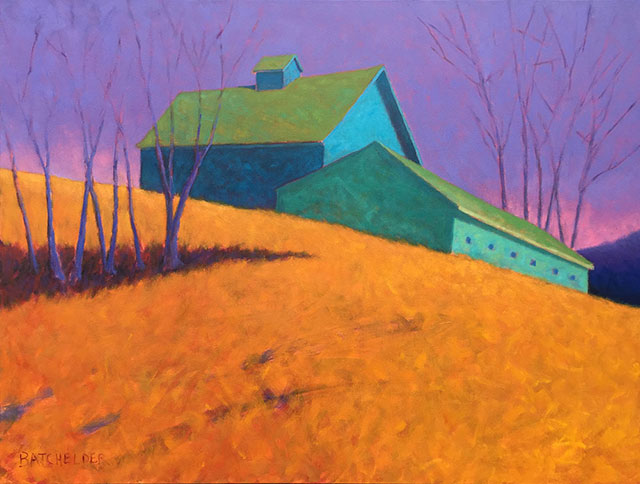 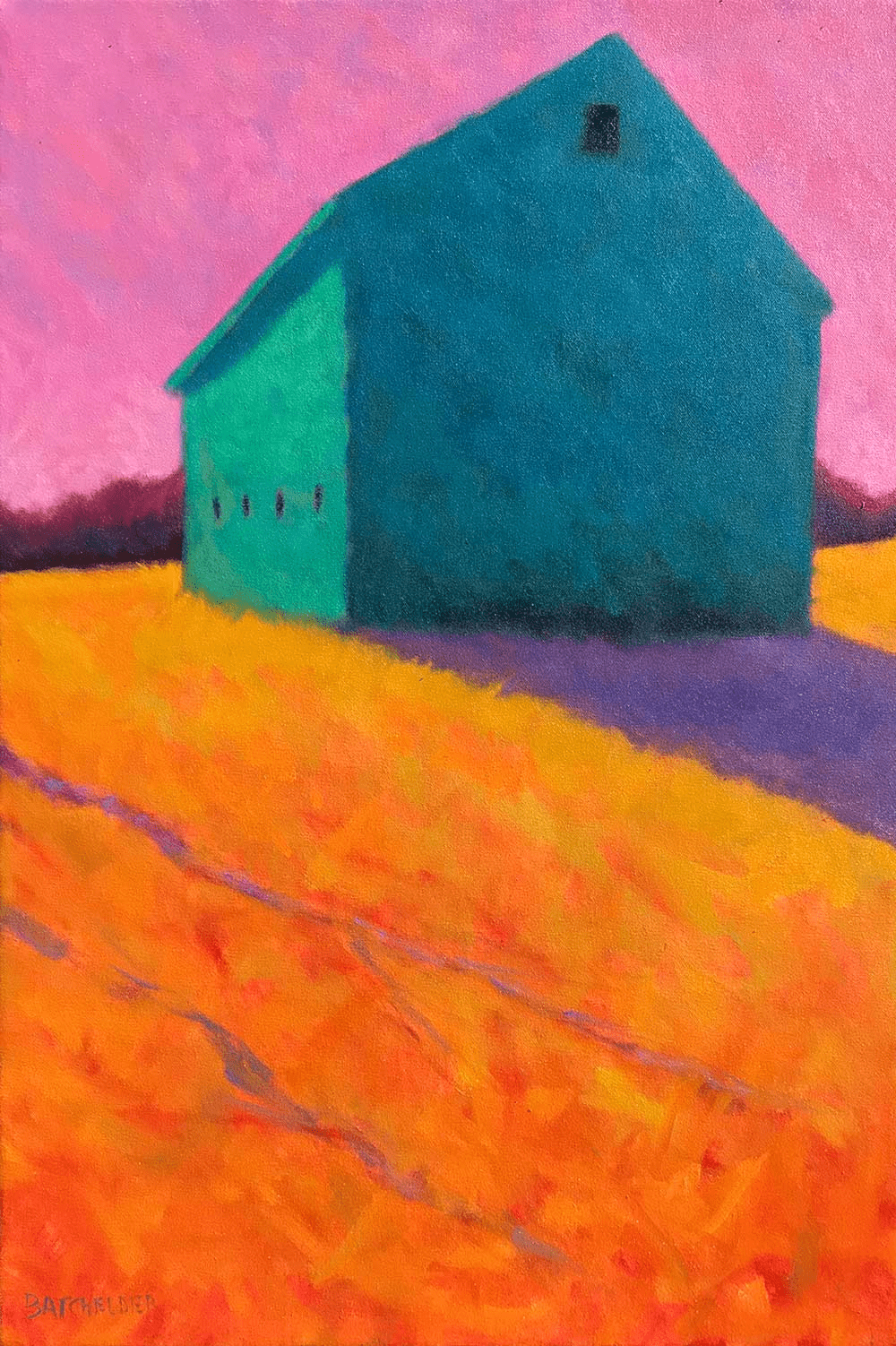 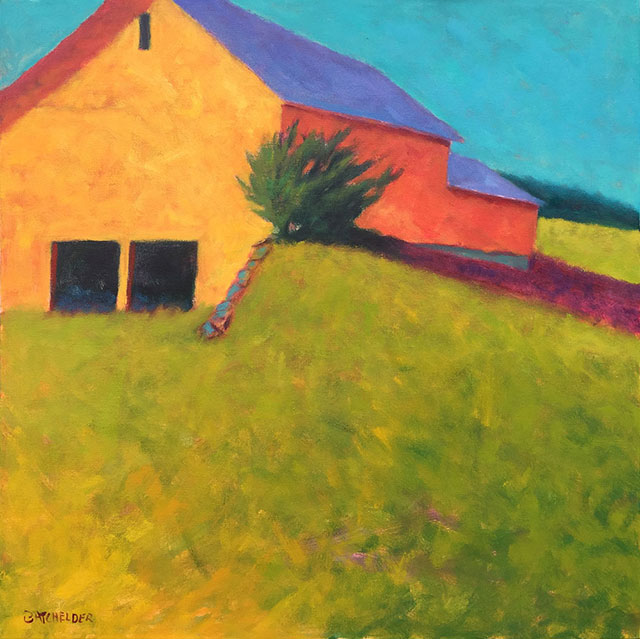 The subjects of Peter's paintings are inspired by memories of places discovered during a lifetime living in, and exploring, rural New England. Having spent many summers on Cape Cod, and an equal amount of time on more inland locations, his inspiration is often found during walks on the beach, and in the weathered, rustic architecture that characterizes rural and coastal regions. He is particularly drawn to the seemingly ageless quality of barns and old New England architecture. Much of his art is about editing out the clutter that grows and collects over time around these structures, as it is about painting the scene itself. As a colorist, Peter's work captures real and imagined color palettes, and often color in itself is the subject.

Born in Beverly, Massachusetts, on Boston's North Shore, he has lived in Cape Cod, Martha's Vineyard, and in New Hampshire, Vermont and western Massachusetts. He currently lives in Amherst, New Hampshire, with his wife, Kim, and children, Owen and Lily.

Artist of the Week 41 | Peter Batchelder