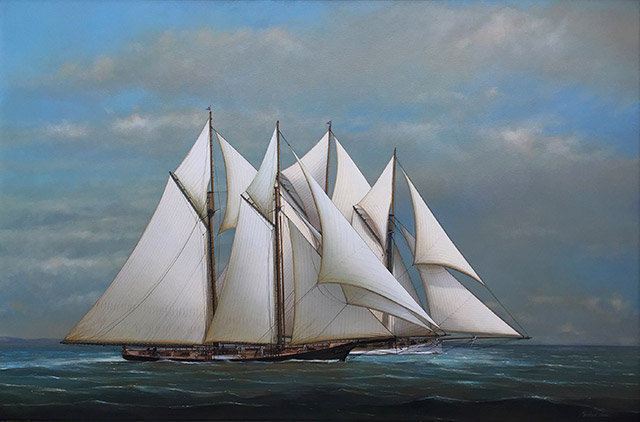 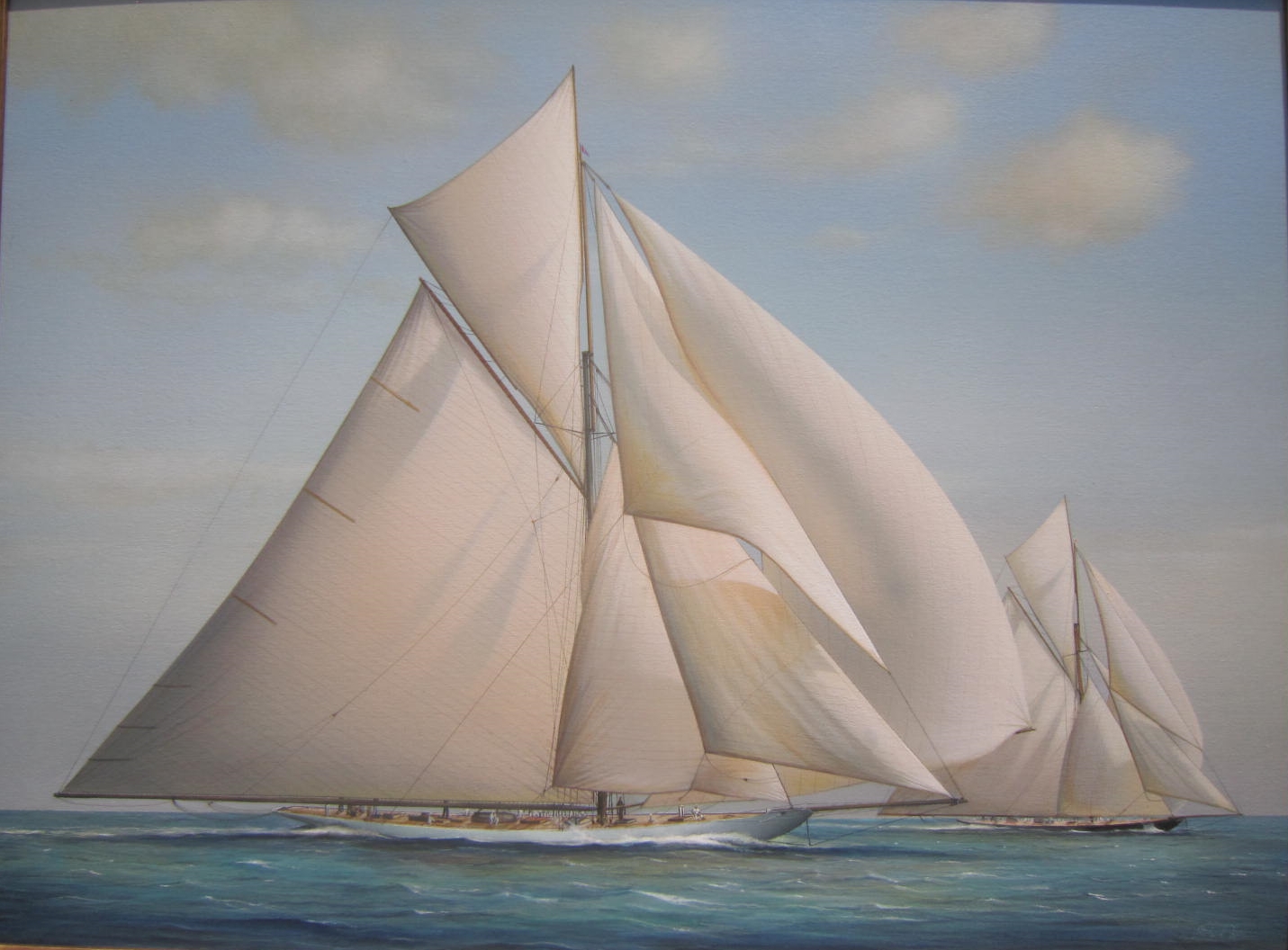 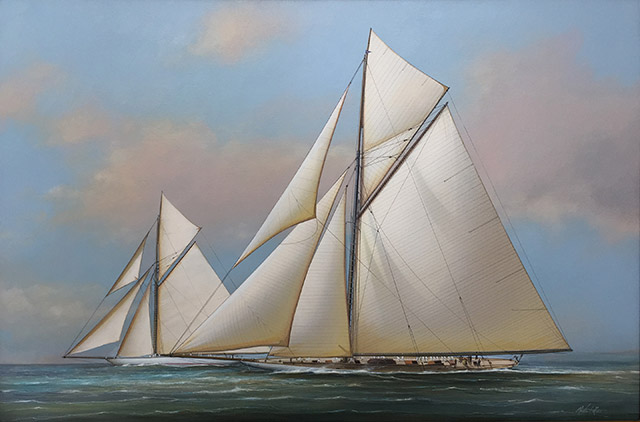 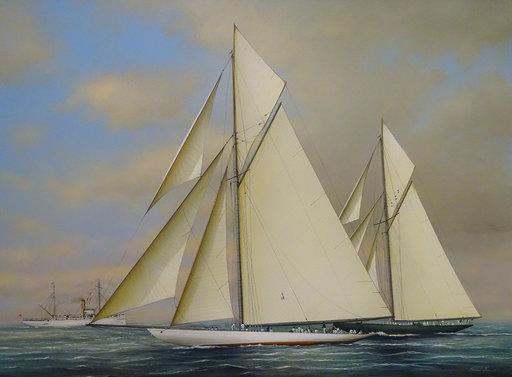 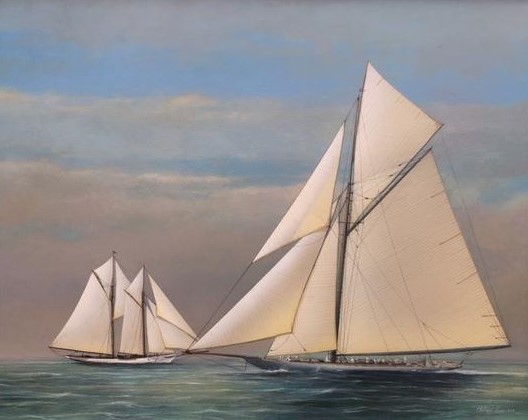 Richard Lane developed an interest in marine art and history at a very young age, spending summers in Cape Cod and Nantucket. He studied Fine Art and Illustration at the School of Visual Arts in New York City. After receiving his Bachelor's of Fine Art, Lane worked for ten years in a decorative design studio in New York City, specializing in trompe l'oeil, murals and oil paintings. In 1994, he gave up his career in the decorative arts to devote full time to painting his favorite subject.

Lane's keen interest in American nautical history has been the inspiration for his work as a Fine Artist. It is the romantic yet powerful yachts of past America's Cup races, as well as the graceful fishing schooners of Gloucester and Boston that he so effectively captures on canvas. Lane does extensive research for his paintings, using museum ship models, old photographs from museum archives, and actual blueprints of the boats themselves. Fifteen years ago, he started building wooden ship models from scratch so he could understand the construction of the boats and the mechanics of the rigging. Lane is a member of the Ship Model Society of Northern New Jersey. He strives for absolute accuracy in his paintings, and a years' work, on average, produces a maximum of 8-9 canvases.